A day in the life of a councillor

A day in the life of a councillor

Being a councillor is a very varied role and no two days look the same. Here are a few examples from some councillors’ diaries of what a working week can look like.

These examples were originally published in ‘Engaging Young People in Local Democracy: A Toolkit’.

My weekly diary is colour-coded to help me stay organised. The green items are for my second job; I work as a peer worker for Penumbra. It is common for councillors to have a second job; when I was first elected in 2017 I was a full time student and balanced my role with my studies.

The blue items are related to my role as a councillor. I work flexibly from home, reading papers for meetings, responding to queries from constituents and investigating their concerns about things like schools or litter. There are regular meetings of committees and full council where policy decisions are made. I sit on three committees; Children and Learning, Scrutiny and Audit, and Policy and Resources. Every councillor attends full council meetings.

The yellow items are related to my political party. Councillors often have a political affiliation and some councillors organise local party activity. This however is separate from my work as a councillor and not all councillors are necessarily members of political parties, opting instead to serve as ‘independent’ councillors. 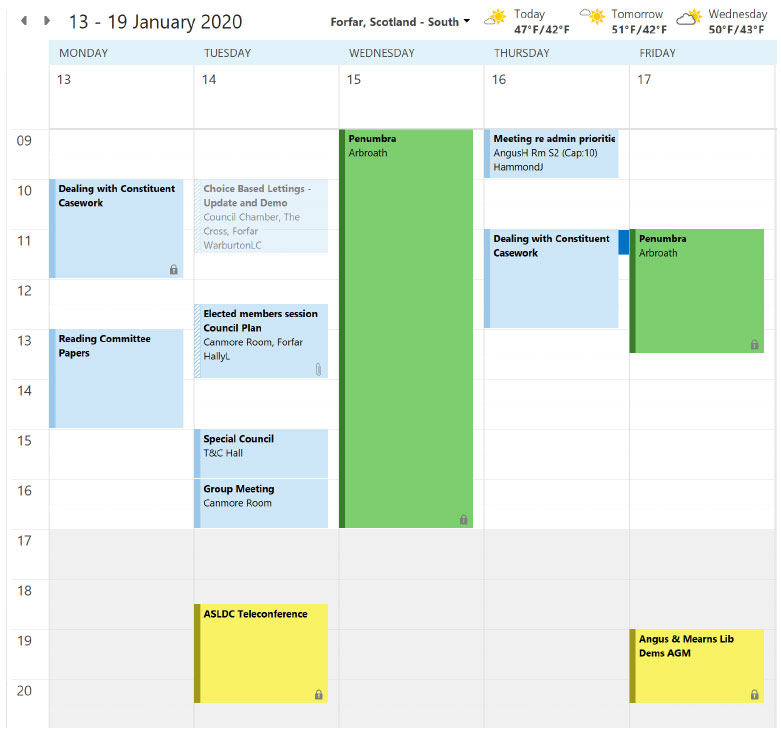 My diary for this week shows the range of areas that I am involved in with my various roles at West Lothian Council, namely, Depute Council Leader, Executive Councillor for Voluntary Organisations, Chair of the West Lothian Community Planning Partnership and as one of four ward councillors for Whitburn and Blackburn.

I juggle my council duties with being a mum of three primary school aged children and generally do as much as I can within school hours whilst working remotely at other times. I hold evening surgeries to speak with people in my community and attend other meetings like community councils, community development trust meetings etc. in the evening as required. 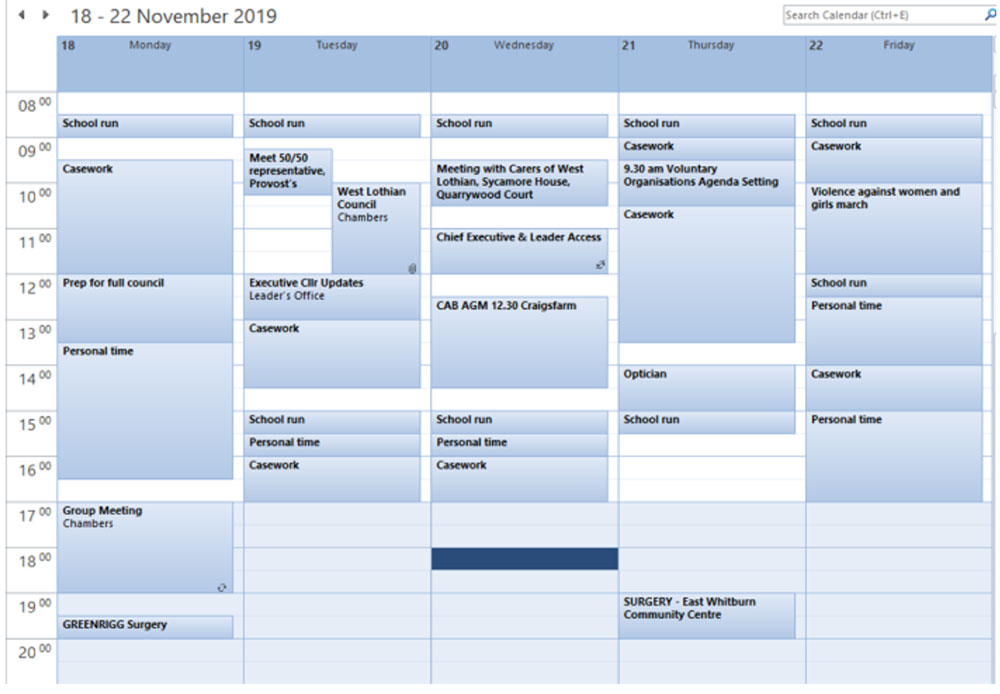 The example of this week shows the variety of different responsibilities that we have as councillors to a range of different people including residents in our wards, colleagues in our political parties, and outside organisations.

The Green group of councillors in Edinburgh have two seats on each executive committee, and we divide up the responsibilities to lead on different aspects of the decisions being made there. In my role on the Finance and Resources Committee, I mainly deal with the human resources side of things, which includes liaison with the main unions for the council’s workforce, employment issues like Brexit, and scrutiny of our performance as an employer on key indicators like gender pay gap and wellness.

The Pensions Committee is a bit different to other committees, because councillors are there to ensure the best interests of the beneficiaries of the Lothian Pension Fund (which includes more than just the council itself). That means we need to learn a great deal about the technicalities of the pension fund and what is best for the current and retired members. 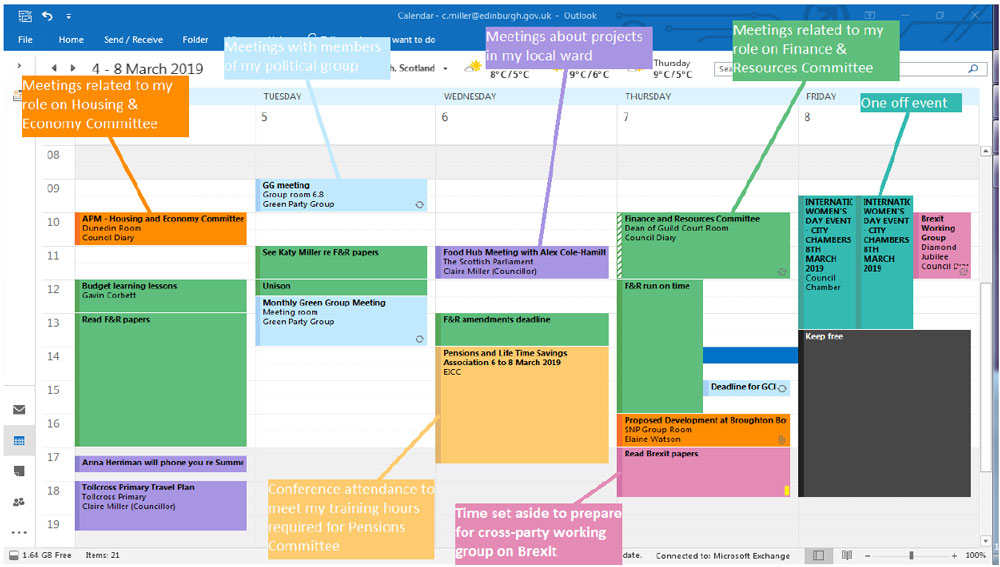